<< Parametric Dreams is a new space we’ve opened specifically for early entrepreneurs and students to share their stories and projects involving Parametric Design.  Every world-renowned designer was once a student and we believe every student dream deserves to be heard! >>

Michele Farina is an aspiring car designer who's currently doing an internship at BMW's HQ in Munich. He recently finished another 6-month internship at Ferrari, where he experienced first hand what it's like to be part of a team designing some of the most exotic cars in the world.

1. Hi Michele! Thank you for joining us today. Tell us a bit about your background.

I was born in a small town called Povegliano Veronese, just outside of Verona, Italy. Seventy percent of the surface is covered by farmland. As you can imagine, there’s not that much to do so there’s a huge opportunity to get creative with your time.

At the end I followed my parents suggestion and chose a scientific high school with a heavy focus on computer science, but for university was a bit different. I started Mechanical Engineering at Ingegneria Enzo Ferrari (UniMoRe - Modena) and after one year I switched to Automotive Design at the Institute of Applied Arts and Design (IAAD) in Turin.

2. How did your upbringing shape or influence you?

I read the other day “boredom always precedes a period of great creativity” and I think this to be true! During my early years I was always creating something: a wooden sword or crossbow, a treehouse or a treasure map. I also enjoyed using Lego pieces. I think Lego influenced a lot how now I think and how I see the world around me.

I also started drawing cars and getting serious about being a “car designer”, especially when I discovered there was an actually company, Pininfarina, that focused only on this. I said to myself, “well, that will be my company”. 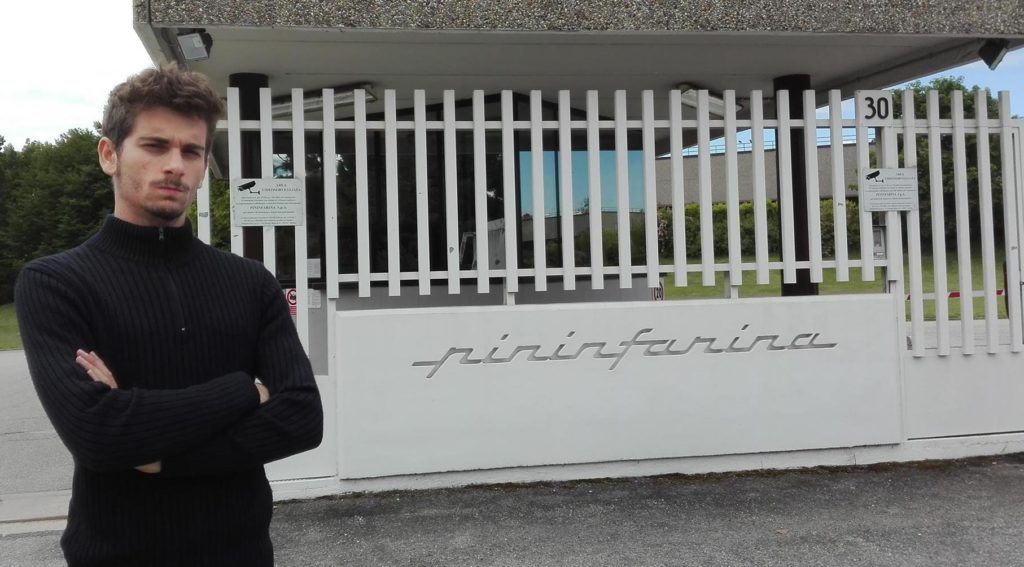 Michele in front of Pininfarina's HQ in Italy

3. Tell us about your Master Thesis. What's the core of it?

My Master Thesis “The End Of Car Designers” was both the most mathematical and the most artistic work of my studies. The core was to come up with a car configurator starting from human data.

My goal was to give to car designers new types of inspirations, reminding them that humans and humanity is the only “why” of our job. We tend to forget it sometimes. We close ourselves in our ego and refuse communication with others, designer or not.

Designers are not islands, but bridges. So I "bridged" human data (emotions in numbers from an A.I. and psychological information from a survey) to cars-sculptures-forms. It was the first thesis of IAAD history made entirely with Grasshopper.

4. You recently created a Car Grill configurator on ShapeDiver. What are you trying to achieve with it?

Sometimes designers have a tough time modeling an entire car grill with a complex pattern using normal modeling tools (it just takes ages). This car grill configurator is a basic tool that provides car designers a good range of forms. With this tool they can download for free any grid they design and use it for their models.

I developed it with car design students in mind, since I was one of them until one year ago, and I know how difficult the road is (much more than engineering!).

5. Describe the creative process you followed when designing it.

The creative process was quite simple. I analyzed and drew as many car grills as I could. I compared their external forms. As I was counting all the angles of the curves/polylines, I found out a reasonable range of angles: minimum 3 (like in the "triangle" of Alfa Romeo) to maximum 9. 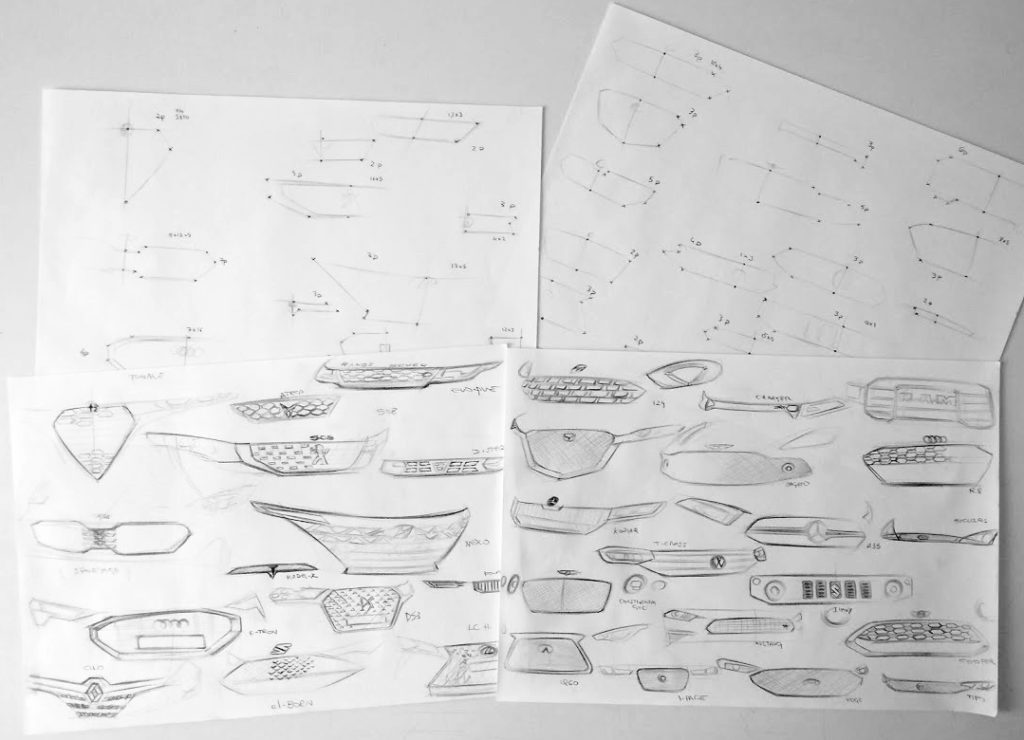 Then I modeled in GH the form grill system. Then I added some patterns inside the grid, to allow the possibility to choose how dense the grill would be and added an attractor point, to affect other elements.

6. What's something about the automotive industry that someone from the outside maybe doesn't know?

I’ll share two things: a negative and a positive. The negative one is that somehow a lot of us designers like to stay inside our own small world. We’re sometimes very narrow-minded, kind of wearing horse blinkers. This is what brings some of us to draw always the same designs and the same shapes.

The positive one is that I think normal people can't even imagine a car designer’s artistic approach. How much of deep, beautiful and emotional inspirations there are in a car design center. We are really artists that the car industry is borrowing.

Sometimes our industry “mashes us” together with engineering topics, laws, money, bosses' ego,.. but some other times, when the company “gets it” and surrounds us with really nice people, from the IT team to the boss, you can really tell how different results can be.

7. Thank you Michele for your time and good luck!

Thank you and the whole ShapeDiver team for this interview!

That’s it for our eighth episode of Parametric Dreams!  If you'd lie to connect with Michele you can do so by reaching out to him via his LinkedIn page or his Instagram account.

Would you like to be featured in this space? Make sure to contact us! Just send an email to contact@shapediver.com and tell us about your work!